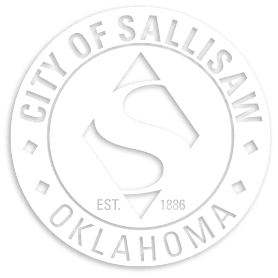 The Grand River Dam Authority was created by the 15th Oklahoma Legislature in April 1935. Established as a “conservation and reclamation district for the waters of the Grand River” the new agency was charged with building dams along the river for the purposes of hydroelectric generation and flood control.

GRDA responded with the construction of Pensacola Dam (Grand Lake) in 1940. That dam – the first hydroelectric facility in the state – helped to bring electricity to rural areas of Northeast Oklahoma while also helping to forever transform the landscape of the region. As the need for electricity grew in the years to come, GRDA responded by building the Robert S. Kerr Dam (Lake Hudson) in 1964, as well as the innovative Salina Pumped Storage Project in 1968. In the late 1970s, GRDA entered the thermal generation field with the construction of the two unit coal fired complex (known today as the Grand River Energy Center, or GREC), near Chouteau. Today, GREC is also home to GRDA’s new Unit 3 combined cycle gas plant. This facility was the most efficient 60 hertz power plant in the world when it began operations in 2017. Today, GRDA’s beneficial mixture of generation resources includes not only these coal, gas and water resources but also a 36 percent interest in the Red Bud Plant (Luther, Oklahoma) and output from several Oklahoma wind farms, through power purchase agreements.

The Team GRDA workforce includes 500-plus dedicated and skilled Oklahomans performing a variety of tasks that allow GRDA to meet its “5Es of excellence” mission for Oklahoma. That mission includes: employees, electricity, economic development, environmental stewardship and efficiency.

At the same time, GRDA manages over 70,000 surface acres of lake waters in Oklahoma (Grand, Hudson and W.R. Holoway Reservoir) as well as the waters of Oklahoma’s scenic Illinois River. GRDA’s stewardship mission includes several ecosystems management programs designed to care for these waters. The GRDA Ecosystems and Education Center is the hub for this activity, located adjacent to Pensacola Dam, in Langley.

Like its other functions, GRDA also places a high priority on economic development and works closely with its customers and other stakeholders to make the region a great place to live and make a living.

GRDA BOARD AGENDAS AND MINUTES